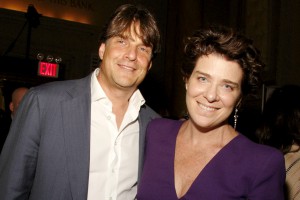 Though George Soros, one of the 30 richest people in the world, might be a philanthropist, his son is less than charitable. Robert Soros reportedly hid $21 million in joint tax refunds while his wife was recovering from cancer treatments. These allegations came to light during the couple’s heated divorce trial.

Melissa Soros, the wife of Robert, testified in the Manhattan Supreme Court on January 15th of 2016 about her harrowing cancer treatments. The mother of two reported that during her intensive rounds of chemotherapy and subsequent recovery, she stopped paying attention to the family’s finances as she was more focused on her treatment. As she mentioned in an interview, “I had to concentrate on healing myself, on staying alive.”

Melissa’s treatments took place in 2008, and from 2010 to 2011, Robert Soros put approximately $21 million into his own personal HSBC account. Robert claims that he had an oral agreement with his wife. The agreement was that he would keep the $21 million in tax refunds as he was the one who initially paid the taxes. The trial over these refunds continues into February and it appears this divorce will be anything but easy.

Robert Soros is reported to have a net worth of $350 million and Melissa Soros seems interested in bringing that number down.

Original article can be found here: