Celebrities don’t have perfect lives. Life is complicated for them too, especially when personal issues like divorce, adoption, and custody are surfaced and reported by the media. 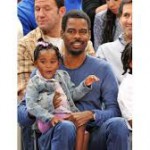 According to an article by the NY Daily News on 11/24/15, comedian and actor Chris Rock began divorce proceedings with his wife 11 months ago. He has, on record, sought joint custody for his two biological daughters. However, the legal issues we are exploring below relate to a seven year old girl named Ntombi. While not Rock’s biological daughter and never officially adopted, it is reported that she lived with the Rocks in their New Jersey home since 2008, when she was an infant.

Apparently Chris Rocks “says he has not seen the child since he and estranged ex began divorce proceedings a year ago.” Given the divorce and lack of adoption papers, what custody and adoption issues are at play? How do they relate to a similar case that may present itself in New York?

Here are some of our thoughts: