Roman Catholic bishops attended a three week assembly (synod) on family issues, and although they were divided at times they ultimately produced a consensus document that gave Pope Francis support on his vision of a merciful church. They were decidedly opposed to gay marriage, saying it cannot even be compared to traditional marriage. However, they remained open to Catholics who divorced but remarried without an annulment of their first marriages, and to those living together without being married. 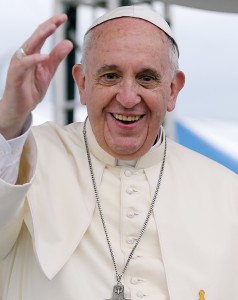 Pope Francis wants the church to keep up with the changing social landscape and morphing family structures. As more people divorce and are living together, and as gay marriage becomes the law of the land, the Catholic church must stay relevant while adhering to its core values. Pope Francis had signaled that he wanted to bring divorced Catholics back into full communion with the church, but the bishops at the synod instead wanted more participation with the church, and to make decisions on a case-by-case basis, because each situation is so different.

For more information on the outcome of this global assembly, please see: