Although, you have the right to represent yourself in your divorce or in any other legal matter, you do so at your own risk. Recently, I was in Court waiting for my case to be called. While waiting, there were two cases that were being handled by the Court in which one of the parties decided to represent themselves. Each of these cases provide a good example of why NOT having a divorce attorney can hurt you.

Now, after the summer, the Father brings a petition for custody to the Court. The Judge asks a lot of questions to both sides. Then the Judge asked the ultimate question to the Mother, which was: “Do you want to continue to allow the Father to have most of the time with the Child once school starts?”

Instead, without an attorney, the Mother asked the Judge: “What are my rights?”.  Since, the Judge can’t represent the Mother or give legal advice to the Mother, the Judge took this non-responsive answer as a way of saying that she was “OK” with the Father having the Child most of the time.

This was a divorce case, where the Husband decided to represent himself and the Wife had an attorney. The parties had no children and so the only issues to be decided were the distribution of assets, spousal maintenance (alimony) and attorney fees.

Here, the Wife was the so-called “monied spouse”, as she earned significantly more income than the Husband. During testimony, the Husband testified that he owned the marital home prior to the marriage. It was only several years after the marriage that he put the Wife’s name on the Deed. What the Husband did not know was that his testimony was not sufficient to allow him to claim a credit for the portion of the home that was his “separate property.” If the Husband had a divorce attorney, the attorney would have brought forth evidence of how much the home was worth at the time he put the Wife’s name on the Deed. In this way, the Husband would have been entitled to a credit equal to that amount.

Because the Husband failed to put forth the correct evidence, he lost out on hundreds of thousands of dollars.

If you are getting divorced or have any issues involving children, you need an experienced attorney to represent your interests.  You might think that you can represent yourself, but, there are too many areas of the law where you can make a vital mistake.

The Badanes Law Office main office is in Northport, Suffolk County and he has a satellite office in Uniondale, Nassau County.

This illustrates the “time-value” of money. In other words, money today is worth more than money tomorrow. As time goes on, inflation reduces the value of your money. So, even if I pay you $1,000 in five years (as an example), its real worth would be something like $950 – $990, depending on inflation and other factors.

Therefore, in a divorce, when you are making or accepting payments, you have to take into account the time-value of money. Typically, if you owe money, it is better to pay it over time (this assumes that there is no interest payments). Alternatively, if you have to pay money and have to pay it in one-lump sum, you can argue that because your money today is worth more than money in the future, that you deserve a discount in what you pay.

Pre-payment of amounts owed can work in many situations, not just for a payment of spousal maintenance. However, typically, you cannot pre-pay your child support obligation.

If you are considering getting divorced or are seeking a new divorce attorney on Long Island, then David Badanes and the Badanes Law Office can help you.  David Badanes can explain how the time-value of money can help your situation.

How does inflation or the rising price of gas affect your divorce?  For example: What if you have been divorced for several years, can you request additional child support or additional spousal maintenance (alimony) due to the increase in the cost of living?  What if you are the parent responsible for transportation expenses, are you able to get a modification of your child support obligation?

Whether or not inflation will be a basis for obtaining a change in child support depends on a few factors.  Typically, you have to show that the cost of living has gone up by more than 10% (since the time your order went into effect or the last time it was increased).  If your child support order is through the Support Collection Unit, then they will typically automatically compute whether or not there has been more than a 10% increase in the cost of living.  When the cost of living has increased by more than 10% (cumulatively), the Support Collection Unit, will also automatically increase the amount of child support that you either have to pay or that you receive.

However, if your child support order is not through the Support Collection Unit, then it is up to you to demonstrate to the Court that the cost of living has increased by more than 10%.  You would have to file a petition to Family Court to get an increase in child support.

Since gas prices are just one component of inflation (or the cost of living), increased gas prices, by themselves, may not be sufficient for obtaining a modification of child support, spousal maintenance or for transportation expenses.

In summary, no one likes paying more for gas, however, the increase in the price of gas may not be enough to qualify for a change in your child support or spousal maintenance.

The Badanes Law Office main office is in Northport, Suffolk County and he has a satellite office in Uniondale, Nassau County.

You may want a Divorce, but your spouse does not. What can you do? New York State is a “No Fault” Divorce State, so, you can get a divorce with or without your spouse cooperating or “wanting” the divorce.

What if my spouse states that he/she will not respond to the Summons and Complaint?

Technically, your spouse does not have to respond to the Summons and Complaint. However, if your spouse does not respond to the Summons and Complaint, then you can still get divorced. You would request that the Court give you a default divorce. Your attorney will know how to make sure that you make the request for a default divorce correctly.

In the process of granting a default divorce, the Court will schedule a special court hearing called an “Inquest”. At the Inquest, your attorney will present evidence that your spouse was properly served and will also present the basic facts of your divorce. If applicable, you will be able to make a request for child custody, child support, alimony, distribution of assets and the payment of debts as well of all the other issues of your divorce. In general, terms, since your spouse has not responded to the Summons and Complaint, the Court will grant most of your requests.

The bottom line is that you can get a divorce regardless of whether or not your spouse also wants the divorce. 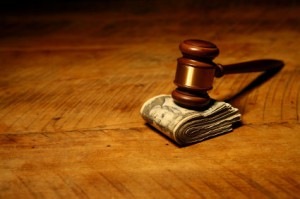 In New York, child support typically ends when the youngest child turns 21 years of age. In theory, you could pay alimony until your ex-spouse dies, although, the length of time you have to pay alimony is based on many factors.

If you are getting divorced and need more information about child support and alimony (spousal maintenance) and what your legal rights are, call David Badanes and the Badanes Law Office. We have helped numerous individuals with their divorce. Call 631-239-1702, or contact us today. The Badanes Law Office has two offices in Long Island: Northport and Garden City.

If you like our articles, you will find our eBook helpful too:

Download “7 Things You Should Know When Going Through a Divorce in New York” here: